They like familiarity round here, as opposed to unfamiliarity. They don’t do that particularly well...  creed, colour, sexual preference, intelligence, humour, conversation, happiness, sporting activities other than fussball, hair length & colour or just general possession of if male.... anything outside of their norm... it usually provokes a response of resistance and hostility. Hard to live with and be around but such is life.

There is always though the exception and that is in one particular familiarity, and I can't take it away from them... Benedictine.   D.O.M. Benedictine to be precise, the liqueur consumed in vast quantities in the east Lancashire area. DOM or "Deo Optimo Maximo" is translated as "to God, most good, most great".... an 'interesting' statement, no doubt conceived as a watertight contract with his greatness by a bunch of shit faced monks trying to stay shit faced.
Originally introduced into these parts during the First World War when a Battalion from Burnley based in Fecamp, the home of the Benedictine Monks, got a taste for it and immediately started carting it home. The ingredients are a closely guarded secret, but supposedly brandy based with a great deal of herbs and spices added. Its tastes very medicinal and is sworn by in these parts as a cure for colds and essential for healthy living.
My point is, this stuff is actually pretty good, and worth a tipple for those evenings out prior to a cragging day. You know you always get it, have a brandy, have a port that'll sort you out... yeah yeah, as you wake up the next morning with rod in your head. But... their point was proven over the weekend. Feeling a bit under the weather on Saturday, I resided to the pub for a few before bed then drag my arse out Sunday to the stone. Anyway come lock in time, every man and his dog went on the bennies so feeling decidedly worse went for a few knockouts, no loss.
Sunday I got up, a fair bit fuzzy obviously, but physically feeling ok. No sign of the cold, and actually feeling quite psyched for a bit of cranking. Remarkable. Even more so 'cause we were at the stone and the lump usually requires a fair bit of eye popping squeezing to get any success.. not a good situation after a night on the spirits.
So there be my sermon, benny not bourbon!

Anyway it was a good craic, loads of usual banter and quite a bit of effort going in to stuff, and plenty of excuse tourets going about.
I've been really psyched for Phantom, the Gaskins 7c+ that crosses from Picnic Sarcastic into Grand Opera. Had a play last week and it felt close. Its a cracking problem, powerful and crimpy as hell. Brill. Well I was feeling a bit stronger and after a couple of goes knew it was in the bag. So went for it and got to the move to the jug at the top, but it looked absolutely gopping wet so dropped off not fancying an uncontrolled fall. About 5 mins later the ankle bitter dispatched Grand Opera hitting the same jug only to discover it was pretty dry and thus hung it. Back on then. Next go up and I was pretty psyched, managing to use some Jedi mind control tricks to block out some full on distractions (note to self to remember to put pool ball and gaffa tape in bag in future). Got to the move out of the letter box. This is where you grab a small two finger intermediate with the right and swing your heal over into the ramp on Grand. Well I think Pete might have smegged up the letter box 'cause it felt shit, so I was having to really pull hard on the right hand to stay on and whap! next thing I know I'm on the deck, a bit winded and fingers serious ragging. Snapped the flipping intermediate hold. Gutted. Did well to escape without injury as fingers recoiled with some right force. So I was pretty pissed to be honest and still am, I should have done it the go before, and now you’re looking at it being 8a and a whole harder ball game. And, there was no chance of that happening that day. And, needing to come up again to start all over again. Oh well not ideal but no point grumbling.
So apart from that it was a fairly good day. Stuff getting done, sun was out, nice little breeze, birds tweeting in the trees... 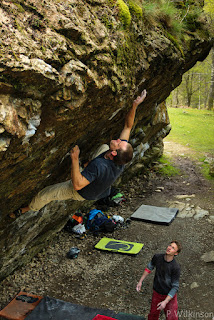 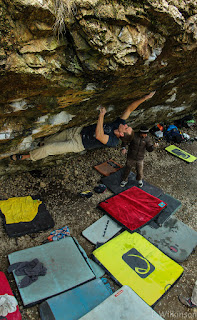 Pete on Grand, he'll be good one day
that lad when he gets acquainted with
his lower limbs. 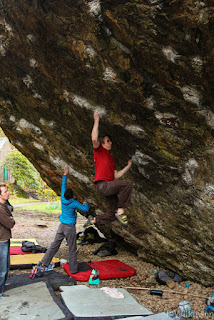 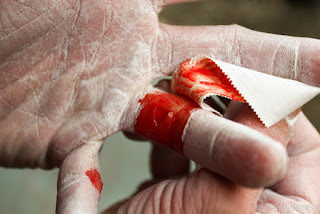 Other stuff to report...
I'm still getting a considerable amount of interest in the blog from a place in Russia no doubt a result of putting 'blue' in the last blog... oh shit done it again oops. I'm also pretty chuffed with the interest in my finger boards coming from outside of the UK, it appears I've a decent following in Norway at the mo  :)

Also for any Brownstones devotees who are reading this, I've starting cleaning up the long back wall. Really only because I use it every year to get into routing, and get more comfortable moving about when you don’t really want to fall. Think it was Geoff Hibbert who cleaned it all up about 7 or 8 years ago, which must have been a monster job, so it’s done well, but it has been getting a bit overgrown on top last few years. So I've ripped some of the bracken out and cleaned of a few top outs so it should be right if anyone fancies a few high balls.

Anyway that’s all for now, happy cranking, get the bennies in.
Posted by crusherholds_probesblogs at 08:48 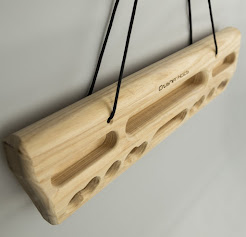 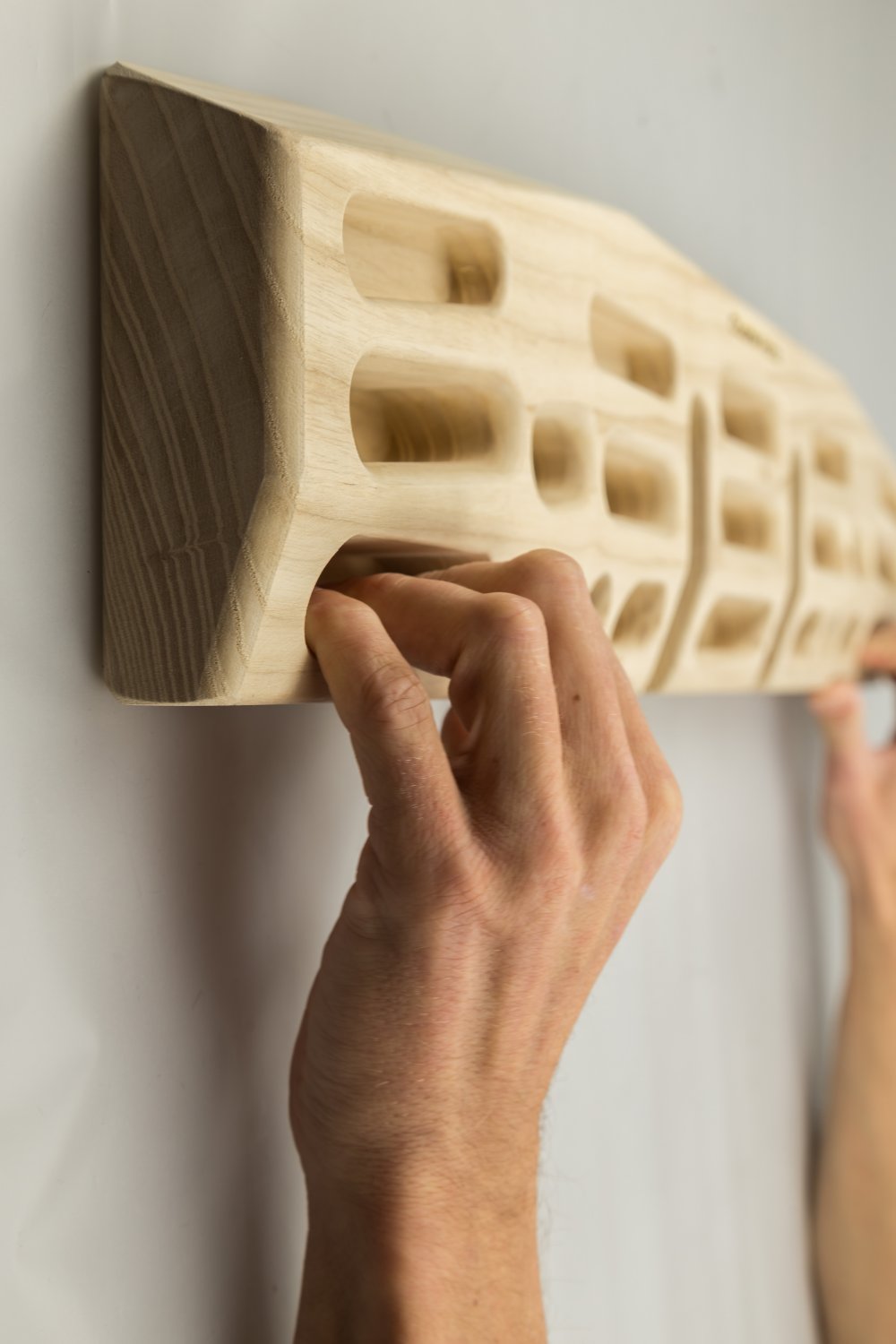 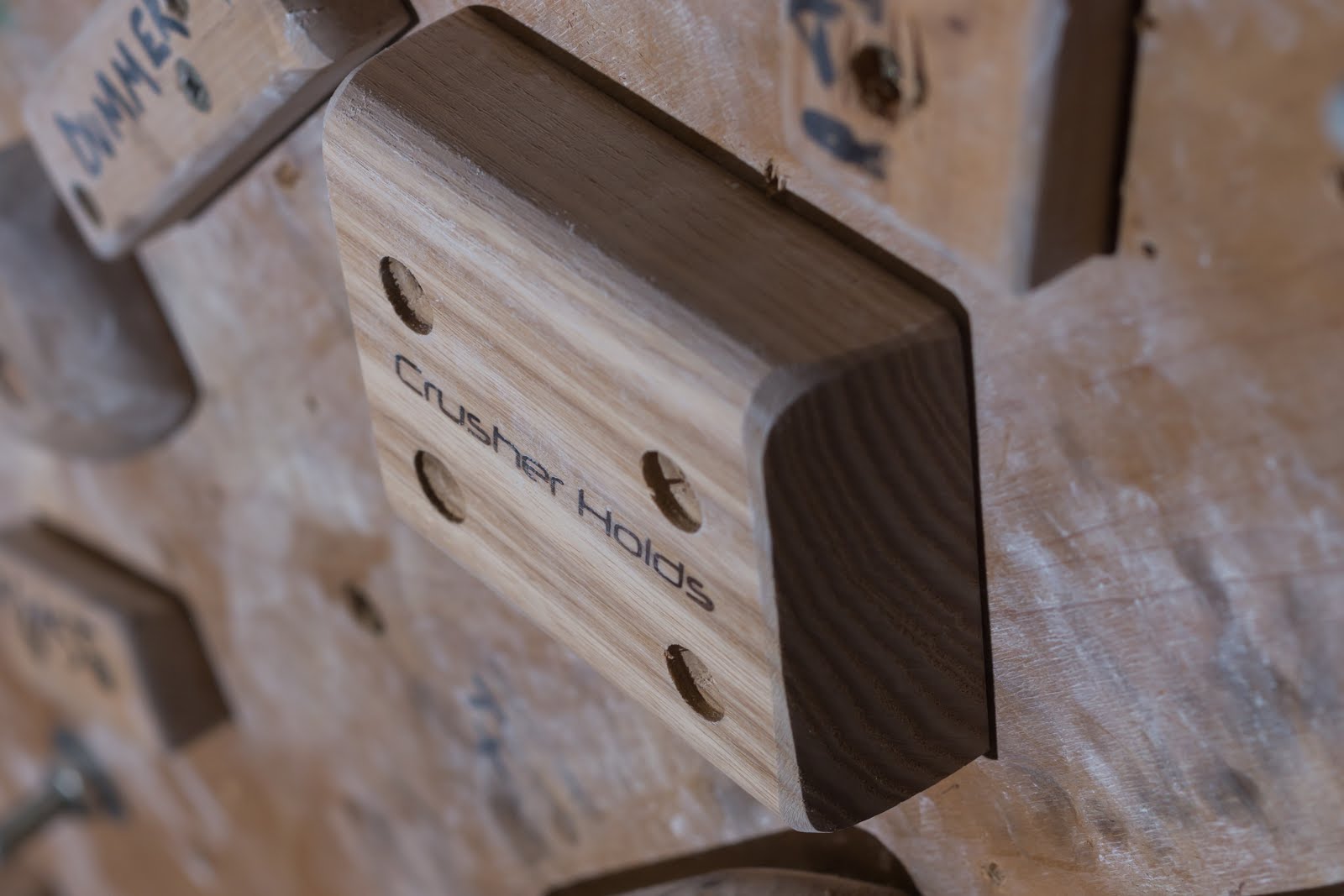